It’s always an exciting day when we get to hand over the keys to a house to the new owners. Especially when it’s a house we poured our sweat & blood into.

Last Summer, Chris’ dad gave us the honor of fixing up a city house for him. He handed over full reigns & let us run with the project. We had so much fun dreaming, designing & renovating this house. What a stinker it was at the beginning, quite literally. Wow.

As you can see from some of the before photos, we tore it down to the bare bones, lucky for us, we love the bare bones of these city houses. Brick, Concrete, Partially exposed wallpaper, lath & whatever else dares to show it’s face – we’ll take it.

Last Fall, we renovated the house right next door to this one, we went organic & raw with that project, & I wanted that same look here, but with a modern twist. So I went Mid-Century Modern & believe me, I ain’t looked back yet!

We knocked out all the walls in the first floor to create a large & inviting floor-plan & giving you a straight view into the kitchen & dining room.

Pardon me, we knocked them all out but one small wall, on which we chose to expose the beautiful wooden lath underneath. I LOVE LATH.

I love the open concept, the concrete countertops, wooden island & beams…but my favorite factor of the downstairs is the striking Sputnik light fixture that really ties in the Mid-Century Mod look.

Upstairs we tried hard to create a Wow-Factor in every room. My absolute favorite was the Scandinavian-Boho Room we pulled off.

We basically lathered everything in white, & then pulled in a few wood, greenery & black accents by putting pallets on the floor, a large snake plant & decor. Don’t forget the swing… I’m such a sissy when it comes to swings. And those half-round beams are the same type of beams we used in our White-Room Home Office Project. I had never seen them used before, and now I’m such a fan!

The small office space was the brainchild of bro Jesse, who just thought we had to open it up… So we did, adding a grand ol’ 9 foot sliding door, concrete wall & super-duper-scary-rad-hammock.

The second Bedroom became Chris’s favorite and was a sort-of-experimental room for us. We knew Anthropologie pulls off the effortless-raw-plaster-exposed-wallpaper look, but my goodness, could we? We decided to try it – it’s common knowledge that we love doing things that no one else is doing… Various times throughout the project I would waiver back and forth on whether we should keep that red wall, what if this, or what if that, or what if the house wouldn’t sell because of it – I remember Chris finally saying “Well, if the house doesn’t sell because of it, I guess we can just drywall over it & list it again…” So true. So we kept on going & ended up loving it (& we think the new homeowner does too).

We listed and sold this beauty in the same week, and what a Joy it was!

These old city houses are blank slates – we can’t wait to tear into the next one, whenever that may be.
So go be inspired to uncover some lath or repaint some brick! 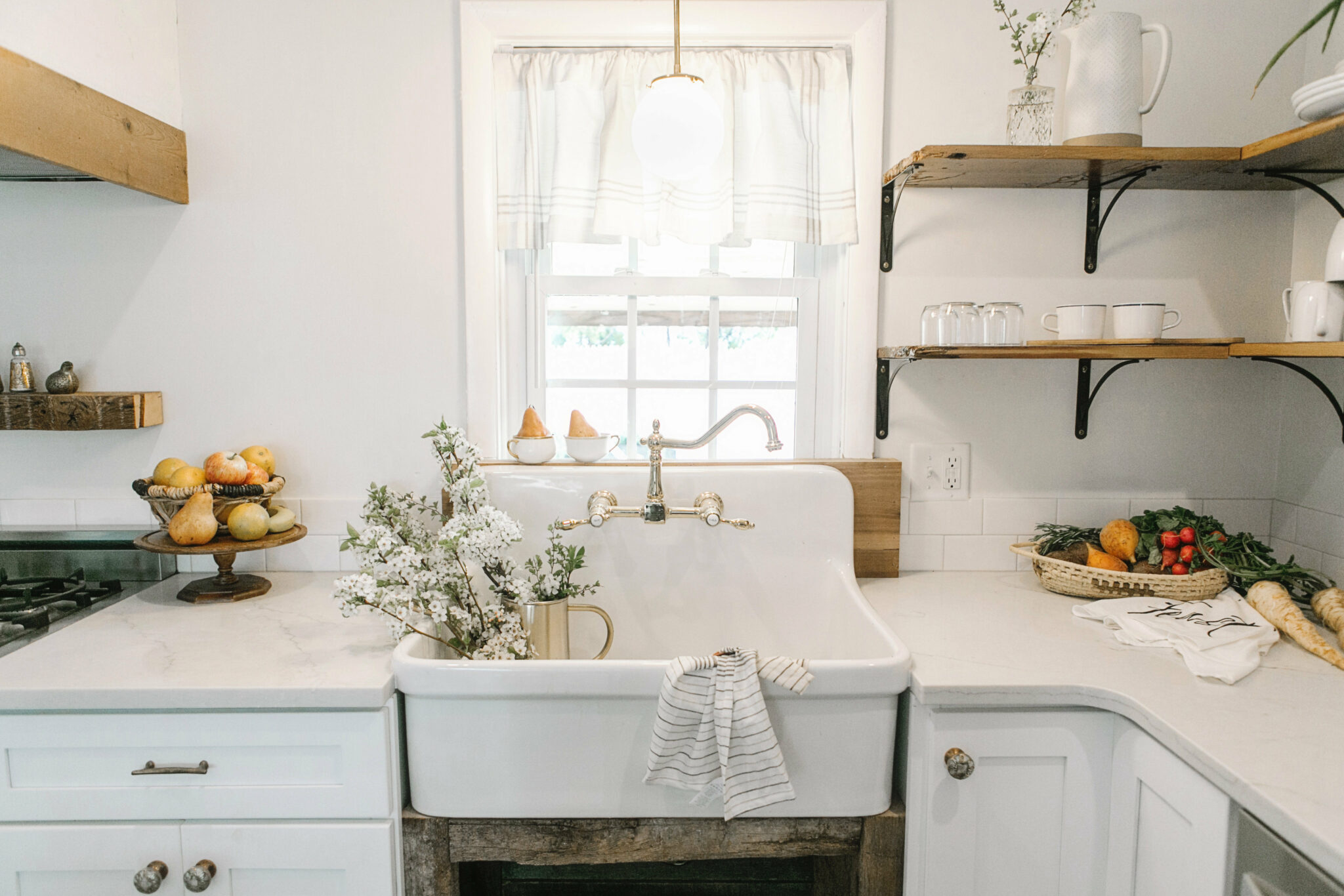 It’s All About the Fixtures

We’re known for our big picture designs. A bright color we incorporated throughout the house; or the design style we adopted from the past; or

History + Location Reading is located in Berks County, conveniently positioned between Harrisburg and Philadelphia. Reading owes its name to the now-defunct Reading Railroad. You

It all started in 2020 during a Covid lockdown when we helped some clients purchase a home in Columbia, PA. Fast forward two years, they

We love flipping our own houses and designing a home for a family. The details of picking out the perfect paint color or carefully customizing

Why You Should Choose A Victorian Home

We are especially partial to the Victorian Style home because we – Chris and Claude – live in one now. It was our first home

During the design phase of any project we try to put words to the inspiration for the project. The words we landed on for this