How to make your Home Office into a Creative Studio

We’re all about using our spaces creatively. You wanna see how? Lets step inside the Home Office.

It doesn’t have to be unfunctional to be beautiful. I think that’s one of the reasons that a minimal way of living has become such a trend. It pairs a very functional way of living with a clean and beautiful atmosphere. It invites the person to actually live and work in something very beautiful. You want proof? Chris and Claude’s Home Office.

It has graced the cover of a magazine and taken the brunt of a pile of bills. It has complemented one bride’s wedding day preparations and housed numerous business meetings. It has provided a photographer’s backdrop and stored dozens of files.

6 ways to bring the beauty and functionality out of your space. Let’s go!

How in the world has all white walls, all white rooms, and even all white houses become so popular?
A history: the extreme trend of white walls has been a bit of pendulum swing from the overdone patterns of the 2000’s. That trend swing has produced some of the most minimal and simple styles that the design world has seen.    However, not everything is a trend. Surely, there is more behind the obsession with white. One reason posed by Design Sponge suggests that with a dip in the economy, people are reverting to a white aesthetic which is more budget friendly and cost effective. Another reason Design Sponge so wisely suggests is that white walls are a reaction to the Pinterest/Ideas saturated world. Because of such a wide range of styles and ideas, people want to update and change their interiors more frequently and easier. It’s for this reason, that people choose white as a background, so that all the other elements of a room can more easily be changed with the seasons.
So many reasons and so many opinions. Numerous people combat the crazy white wall trend with complains that white has no personality or style. My reaction: just because a room is filled with stuff doesn’t mean it has personality or charm. They are just different styles that reveal the people and their stories behind them.
White, in the end, is just a trend. The design world is continually morphing and creating and designing. Love white because it fits you style, not because it’s a trend.
So, why should white be one of the first ways of transforming your home office into a creative studio? Maybe I should revise that. White is my favorite neutral, however using neutral in a room is rarely a bad idea. I love color, but color doesn’t usually complement the content of a photo. For a more diverse space with more potential, take it neutral (or white.)
That took long!

Windows are the perfect source of light. And just because better homes and gardens says it, does not mean that every window must have a curtain. While in certain rooms or certain locations, a curtain may be necessary, it isn’t always a must have. Natural light can take a drab space into a whole other dimension of light and creativity and playfulness. Our hint: make it easy to switch the curtain off and on as the seasons change.

While it’s easy to go head over heels in the latest storage hacks, often the most classic and clean ways of storing items is the most useful. Today, there are hundreds of options to improve your storage space. There’s handy organizers and bins, shelves and pencil holders, crates and file drawers. But here’s where classic minimalism comes in. A simple thrift store basket or a set of brown folders can easily organize officy items. They can be concealed in sleek drawers or displayed creatively on the desk surface.

Mirrors give magic to a space. They widen the room and give depth. Mirrors bounce light around the room, and give the appearance of a more spacious area. That’s (almost) always a plus. Creatively framed mirrors may take a bit of effort to find, however, their character and dimension brings this office space to life. And can easily enhance the openness, light and movement in your space. Mirrors are the bomb! Enough said.

Yes, we did already talk about white walls. We bounced around history and opinions and styles and trends. However, whatever color you have in your home, it’s important not to cover you walls with posters and frames and shelves, and such.

White space is not only something that interior designers utilize. It’s also used greatly in graphic and web design where it’s referred to negative space.

Of course, it’s not called negative as a dig against it’s potential. Rather it’s referring to white space as the emptiness to enhances the content. Don’t think of white space as the leftover bit that you didn’t create objects for, but rather a major structural player in your space’s layout. White space is not the leftover bits of a room, it plays a major role in allowing the eyes to settle and move steadily throughout the room. It’s this subtle element that seems to say, “let me step out, be second best, take second place. My job is to be the background so that the foreground can be emphasized and more effectively seen.” It’s a humble art, the art of white space. Not only does it create a stunning room, but it’s great as a backdrop for team pics, baby photos or a bride’s photo shoot.

“Designer spaces pretty much always include some element of life. While that can be anything from coral to tortoise shells, pressed leaves or even a tiny bowl with a goldfish, the most common way to add life is with potted plants and trees.”

From the smallest succulent to the biggest fern, spaces NEARLY, ALMOST, ALWAYS benefit from some real living something. Greenery is most often the easiest path. Unless of course, hunks of coral or tropical fish are your thing. Our favorite indoor plants are ferns, succulents or flowering pots. You’re right, we aren’t gardeners. You’re best bet is to consult your local greenhouse for their opinions. However, as designers, take it from us: greenery brings life and interest to a room. They are a unique element that is often forgotten in the decorating of a space. You don’t have to have a green thumb. Just give it a try.

These are only six things. But they are six things that someone can implement into ANY room, to create their own studio- conducive to functionality, creativity and picture quality.
Here’s how we do functional and beautiful.
It’s really rather simple… perhaps that’s why it’s so hard. We want to fill our spaces to the max, but often creative spaces are those in which every element is intentional and curated.
Happy fall to all you creatives and homemakers and entrepreneurs. Today lets do something functionally and beautifully.

Thanks to the incredible photographers and artists who saw the potential in this little home office and created some stunning photographs.

Downingtown, located 33 miles west of Philadelphia is known for its idealistic warmth and charm. It was settled in the 18th century and therefore has a

It’s All About the Stairs

Even the most obscure parts of your house can make a statement – including your stairs. Over the years we’ve designed wooden stairs, spiral stairs, 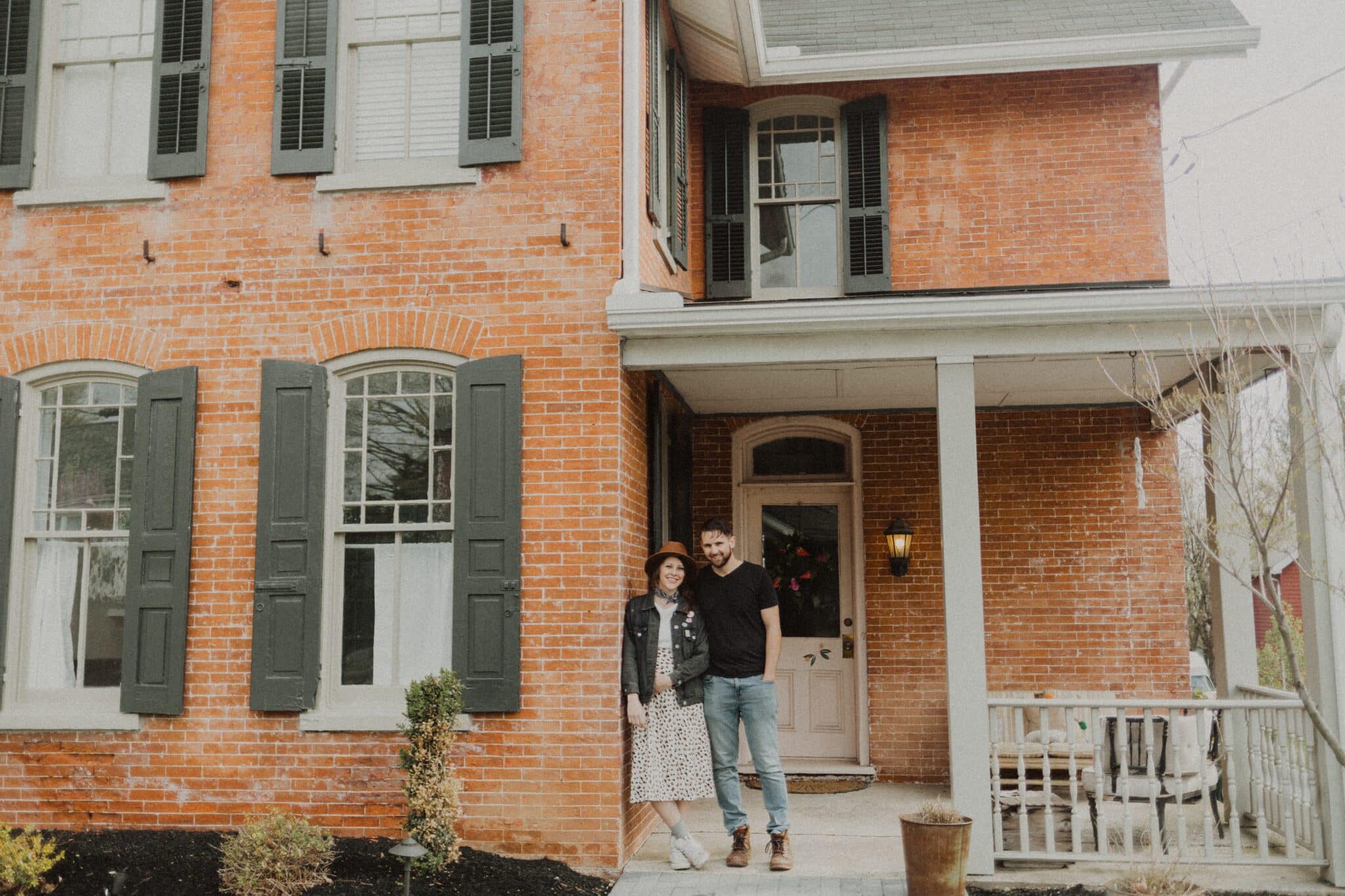 Happy New Year! 2022 was another exciting year for our team. We worked together to create smoother processes for you, our clients. We had the

Why You Should Move from New Jersey or Virginia to Pennsylvania

From job opportunities, to better schools, to new demographics – there are many reasons to move. Each state is unique, and even within a state

It’s All About the Paint

Possibly one of the biggest things that you can do to change up a room is to paint it. The color of room can make

It’s All About the Exterior

The exterior of your home is the first thing people see when they come to your house. It is the thing that can make your 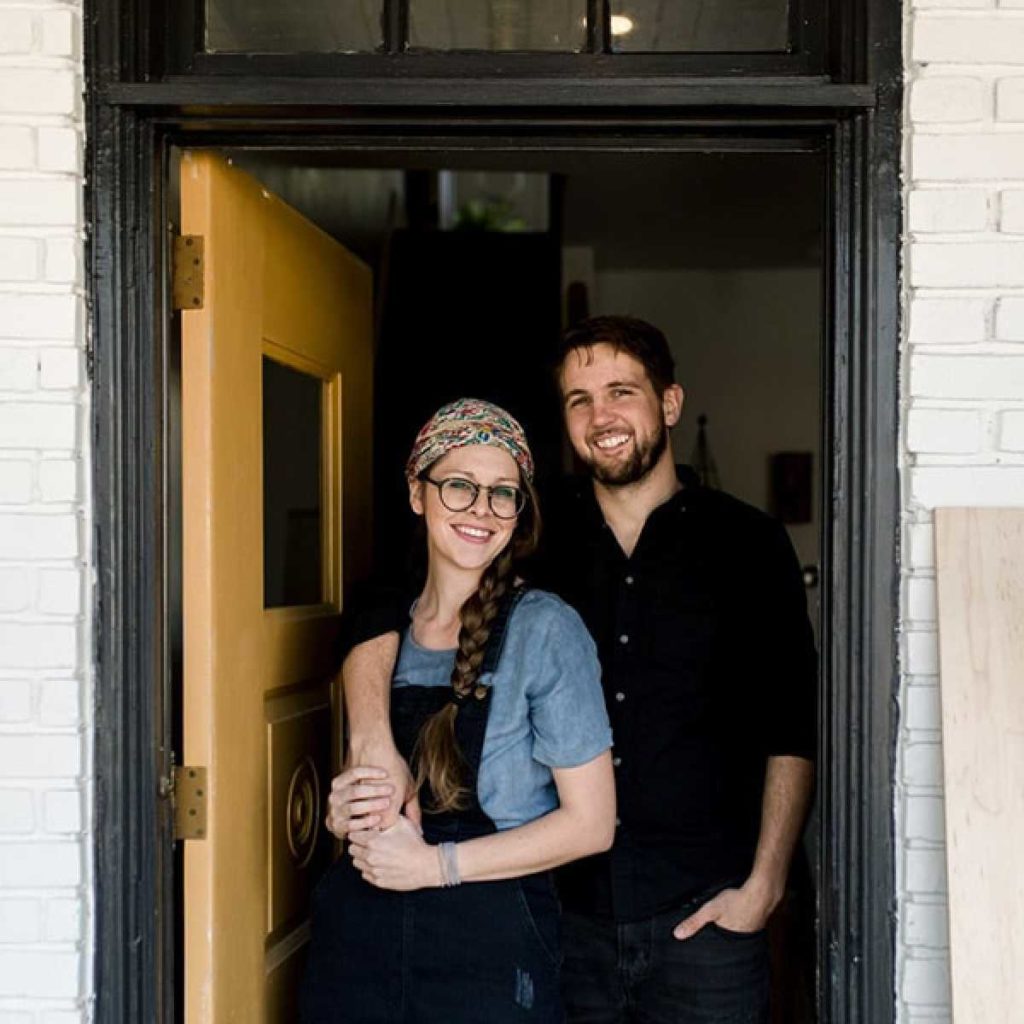